Two-player mobile games could be a reasonable solution if you are quarantined with your spouse somewhere or want to pass the time lounging with siblings. We’ve come a long way from crisscrossing and extending lines on paper to technology-influenced games.

Unlike online multiplayer games, which may be played more quickly on desktop browsers, these 2 player phone games allow you to wander freely, have many sets of mobile phones (or even play on a single phone), and enjoy games in an infinite manner. Do you want to know which are the best 2 player mobile games we’re talking about?
Continue to scroll down! 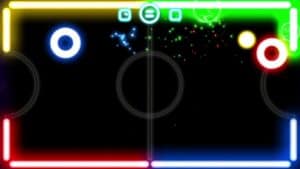 An ancient game, but presented in a fresh new way! This two-player mobile game is simple to learn yet difficult to master. Two players can settle on a single mobile device and begin a smooth game, which is addictive due to its pace and fun.

You’ll like the realistic physics and snappy gameplay. Even when you score a goal, the phone intelligently vibrates. You’re good to go if you challenge yourself with difficult activities! 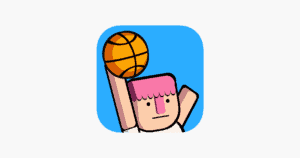 Do you enjoy sports? If you are unable to physically enter the floor, it is time to steal the ball from your opponents and dunk into the net. This is a weird physics basketball game to be clear.

You can play the game with your friend on the same device where the graphics are wonderful and the difficulties are most refreshing to accept. Yes, it is one of the best 2 players iPhone games.

Remember when you used to draw so many grid dots on paper and connect them with lines? This 2 player Android game is similar; the only difference is that it is now played on mobile phones. You can play it with your buddies on the same device or with anyone else on the planet.

There are three difficulty levels, and you can challenge a friend to the same mode. There are so many colourful themes to choose from to vary the scenario and achieve the maximum score! Welcome to an award-winning two-player mobile game unlike any other. Badlanthere is a beautiful forest full of interesting inhabitants, but something is wrong inside. To figure out what’s going on, you must control one of the woodland creatures or face inventive traps.

This allows you to play 100 genuinely unique levels on the same device, and you must look for the characters’ synchronisation in real-time.

This two-player mobile game will help you improve your skills while entertaining you. Choose a language from English, French, German, Italian, Brazilian Portuguese, and so on, and begin creating and learning new words. While playing on the same or other devices, you can speak with your pals using the in-built chat option.

Challenge your buddies to take it up and try to win the word fights in Fast Play mode. It is one of the best two-player Android and iPhone mobile games.

See also  How to Delete Multiple Photos on Instagram 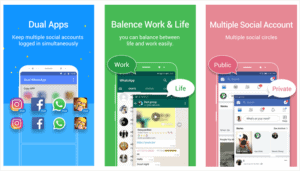 Dual is a popular 2 player mobile game in which players can shoot from one mobile screen to another while standing or sitting in a straight line. Consider switching to defensive mode and shooting from your phone in such a way that the opposing player receives a direct hit. Get the best gaming experience here with Dual, and let’s be a little more competitive to win the fight! 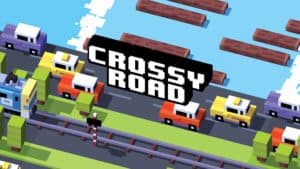 It’s very pleasant to watch the character leap out of the car and across the road and train tracks without being hit.
And it is your and your partner’s responsibility to save him. Would you be capable of doing so? If you answered yes, you are already on your way to the best two-player mobile game. You can modify your character and assume any form you like. It’s thrilling to witness their jumps cross the lanes. 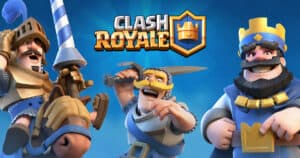 Clash Royale is unrivalled among the best two-player mobile games. More than two players from around the world can join in real-time to collect awards, destroy opponents’ towers, win crowns, and form a clan to expand their community. When playing, the cooler it sounds here, the better it is. 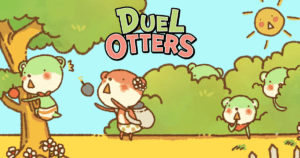 Duel Otters, a true two-player mobile phone game, is all about challenging your buddies, bringing the phone head to head, and starting the exciting mission. Despite this, two gorgeous otters take on the mission.

There are 13 competitive games available to put your gaming speed, ability, and finger muscles to the test. Let’s not get ahead of ourselves. Install the app and begin interacting with these adorable little otters.

See also  How to Do an Advanced Search on Facebook