Are you concerned that your processor or graphics card is overheating? In this brief guide, you’ll learn about the ideal CPU and GPU temperatures! A gaming PC must be serviced on a regular basis. This is a hard truth that many people discover the hard way. Why?

As a result of overheating!

Once you’ve got your brand-new gaming setup in place and started using it then you will check good CPU and GPU temps for gaming, time can fly by, and it’s easy to forget that the PC requires regular maintenance. And if you do forget, it will remind you at some time, whether through abrupt slowdowns or the dreaded “blue screen of death.”

It’s normal to be concerned about the health of your high-priced gaming machine, and the simplest method to know to check good CPU and GPU temps for gaming if your PC is running excessively hot is to measure component temperatures using built-in sensors.

That is exactly what we will cover in this guide: how to monitor your CPU/GPU temperature, what the recommended gaming temperature is, and what the causes of higher temperature could be. 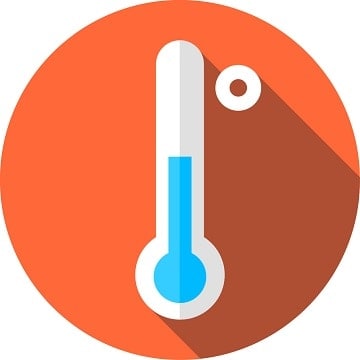 As technology advances, it becomes less resistant, which is why modern CPUs have lower maximum temperature thresholds than their predecessors from decades ago.

These criteria vary from manufacturer to manufacturer and model to model, making it impossible to determine an exact number that indicates the ideal temperature for GPU and CPU should work.

So, what is the Optimal Gaming Temperature in this case? 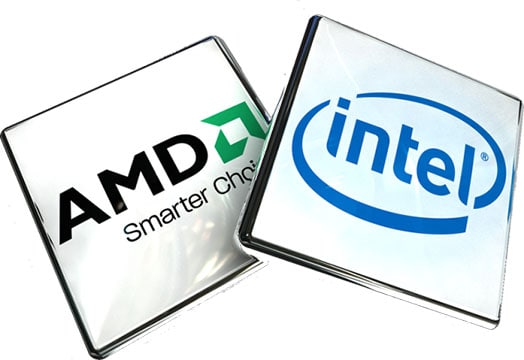 If you’re putting together a gaming PC today, the optimum CPU will be from one of the two top series: Intel Core and AMD Ryzen.

The maximum safe operating temperatures for Ryzen and Core CPUs, respectively, have been established by the two firms as 95 and 100 degrees Celsius. However, unless there is a problem with the cooling or you have pushed the clock faster than your cooler can handle, a CPU is unlikely to reach those temperatures.

When under severe load, the temperature of either a Ryzen or a Core CPU should seldom exceed 85 degrees Celsius, provided you’re utilizing the stock cooler and factory clock settings. If it continues to do so, something is probably wrong, but more on that later. 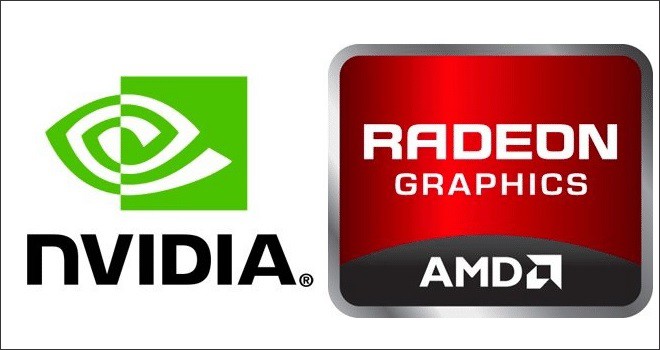 What is a good temperature for GPU

As with CPUs, the industry is currently dominated by two major GPU manufacturers. These are Nvidia and AMD, yet again. While these two businesses design and manufacture the GPUs, the majority of the graphics cards you’ll find on store shelves are manufactured by partner companies.

This covers well-known brands like Asus, Gigabyte, MSI, EVGA, and Sapphire. They are ultimately in charge of manufacturing everything else, from the PCB to the cooling, so the actual performance and temps will necessarily differ from model to model, even if the GPU is the same. 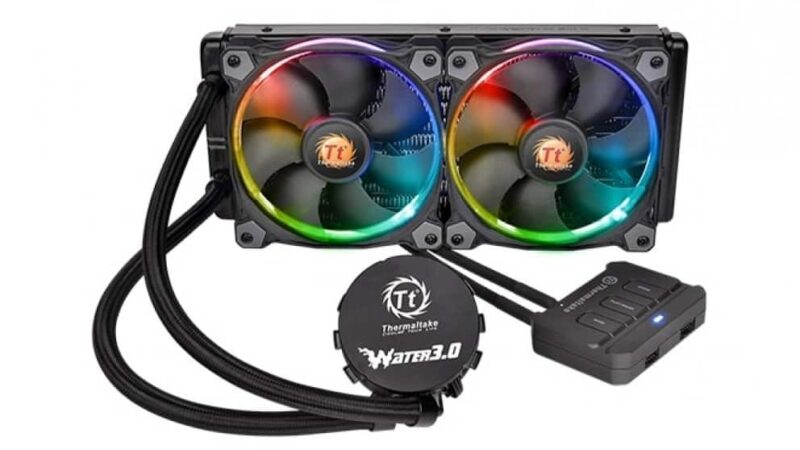 However, when it comes to GPU cooling, the type and quality of the cooler will have a considerable impact on the card’s temperatures.

Today, there are three basic types of GPU coolers:

By far the most frequent are open-air coolers. They have an exposed heatsink as well as one to three fans.
These are typically the greatest fit for most gaming PCs, and they can benefit greatly from efficient ventilation and case-mounted fans to help circulate the air through the case.

Blower fans are far less prevalent, but they have their own advantages. Blower-cooled cards, as opposed to open-air coolers, have a closed heatsink with only a single blower fan that takes cool air in and expels hot air out the rear of the card and immediately outside the case.

Blowers, on the other hand, are useful for cramped cases or some multi-GPU systems, but they tend to run hotter and louder than their open-air equivalents, which is why they aren’t as common in most gaming PC settings. 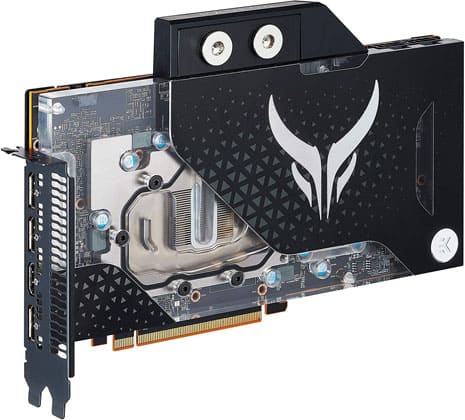 Finally, there is liquid cooling, which, as the name implies, uses circulating liquid rather than air to cool the GPU.
This leads in significantly lower temperatures and, in some cases, lesser noise generation.

However, liquid cooling is prohibitively pricey for most gamers and is really only worthwhile for enthusiasts who want to wring as much performance out of a high-end GPU as possible through overclocking.

It’s also worth noting that most graphics cards nowadays include some kind of smart fan technology. When the card is inactive, the fans will automatically stop spinning and will remain that way until the temperature reaches a particular threshold, which is usually around 30-40 degrees Celsius.

AIB graphics card makers utilize this technique because it minimizes power consumption and noise output while the card is not under load, thus if your card looks to be unusually hot while idling, there is no cause for alarm.

How To Keep Track of CPU and GPU Temperature

You can tell exactly what temperature each component is operating at thanks to various sensors incorporated into CPUs, GPUs, and motherboards. But what software can be used to validate these values? 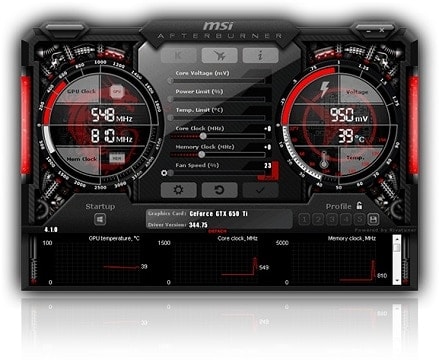 These are the Intel Extreme Tuning Utility and the Ryzen Master Utility for CPUs. In terms of GPUs, the AMD Control Center allows you to monitor the GPU temperature, whereas the Nvidia Control Panel does not.

However, hardware manufacturers offer their own programs for overclocking and temperature monitoring, which might serve the similar purpose. These are normally included with the drivers and are free.

It should be noted that different programs will function on different graphics cards, thus you can use MSI Afterburner on an Asus card and Asus GPU Tweak on a Gigabyte card, for example. 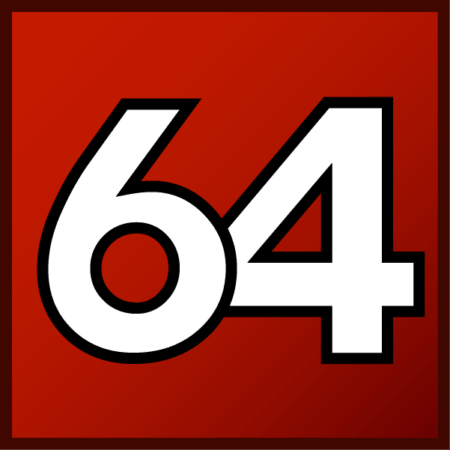 Aside from the aforementioned official utilities, there are a plethora of third-party apps available that can monitor your CPU and GPU temperature while maybe adding some new functions to the mix.

CPU-Z, GPU-Z, HWMonitor, OpenHardwareMonitor, and AIDA64, to mention a few, are among the most popular.

The answer is straightforward: no.

However, the only time you need be concerned about CPU and GPU temperatures is when they become very high, to the point that your PC begins glitching, shutting down, or restarting on its own.

What To Do When Dealing With High PC Temperatures?

There could be various reasons why your CPU and GPU temperature is running particularly hot:

So, what are your options?

If you’ve had your PC for more than a year and haven’t cleaned it, there is almost certainly some major dust buildup within. You can clean this out yourself in a variety of methods, and you may read our post on how to clean your PC from dust to get it done quickly.

When installing a heatsink for the first time or reinstalling it after cleaning, it is critical to apply thermal paste correctly. If you are not careful, air pockets may form, resulting in higher temperatures. Furthermore, too much or too little paste can cause issues.

If you’re not sure how to apply thermal paste, read this article to find out everything you need to know. 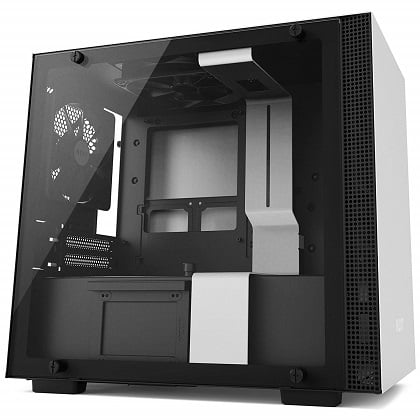 Inadequate ventilation could be the cause of your components overheating. If your CPU and GPU heatsinks are clean but the hardware is still running hot, insufficient ventilation is likely to be the cause.

The issue here is that either there isn’t enough cool air entering the case, or the hot air isn’t being released, or both. Installing case fans is the most effective technique to improve airflow. We strongly advise you to install at least two: one in the front to pull cool air in and one in the back to blow hot air out.

And, if you can’t or don’t want to buy any extra fans, you can always leave the computer case open, which will assist prevent excessive heat accumulation inside. 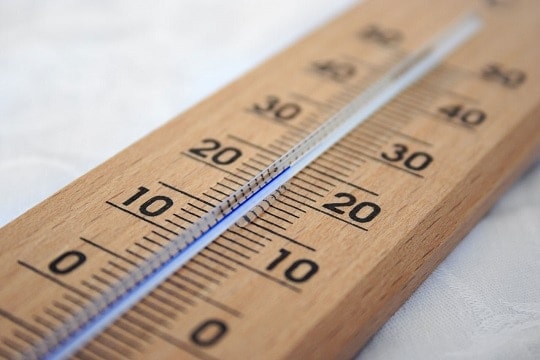 It’s not always the PC’s fault if it’s running too hot. This is a serious issue for those who live in warmer climes, but even those who live in more temperate areas may have to cope with it throughout the summer. Apart from the preceding two procedures, there is virtually nothing that can be done in this case.

Obviously, greater cooling will help, and it’s also a good idea to make sure the space the PC is in has sufficient airflow, though this will likely have a more obvious impact on your comfort than on CPU and GPU temperatures.

If your standard coolers just cannot handle the ambient temperature, you will have no choice but to upgrade to something better.

4. Take It Up With The Store 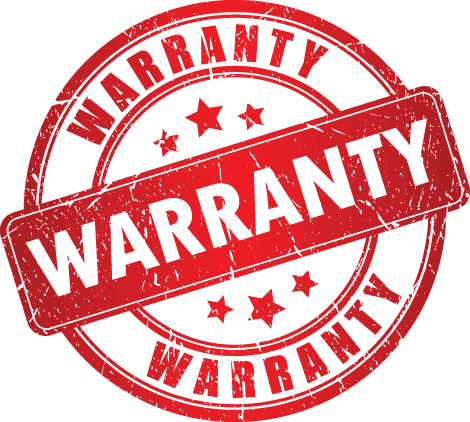 If everything is in order but your PC is still overheating despite your best efforts, you may be dealing with a faulty component. This could be anything from the power supply to a fan to a problem with the CPU  GPU temperature itself.

Apart from ensuring that the fans are rotating properly when not in silent mode, there is little you can do at home to detect damaged hardware.

If you feel that you are dealing with damaged gear, the best thing you can do is simply contact the seller, assuming you have a valid warranty. Manufacturers also provide their own guarantees, so even if the store’s warranty has expired, the situation may not be hopeless.

Finally, if there is a genuine problem with a CPU or GPU, replacing it is usually the only option.

That concludes the discussion on permissible CPU and GPU temperatures. As always, if you find any errors or omissions, please let us know in the comments and we’ll attempt to fix the post as quickly as possible.