Minecraft is one of the most innovative and absorbing games of this generation, and for good reason. Its open-world nature has enabled unimaginable levels of invention and modification. Furthermore, the voxel graphics style, while intended to be simplistic, has evolved into a captivating design in its own right. It’s similar to how pixel art rose to prominence as a cherished art style because people grew up with it and fell in love with its restrictions. Voxel art is the current equivalent of pixel art. Between these two major considerations, there has been plenty of room for game developers to attempt to create games that leverage on Minecraft’s popularity. Here are 10 Minecraft-inspired games to check out, ranging from games that strive to put new perspectives on Minecraft to ones that simply use the voxel imagery in intriguing ways. This is perhaps the ultimate example of a 2D Minecraft game. The game is more structured than Minecraft because it focuses on exploring the planet and uncovering its mysteries, as well as fighting off bosses as necessary. It’s similar to a Metroidvania in that you gain character improvements and such, but it’s built in the form of a Minecraft-type survival-crafting game. So you’ll be mining and building a house to help the game progress. 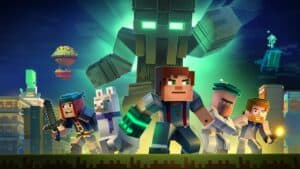 You can’t discuss Minecraft without mentioning Telltale’s episodic story take on the title. They do an excellent job of immersing players in the setting, with a cosmos that feels true to the original game. The original game is fantastic for how it generates this open world with an emergent narrative from the creativity of the players, but it’s also fun to explore someone else’s story in that universe. And, while Telltale has a distinct aesthetic with their games at this point, seeing how they tackle it is definitely worth the exploration. It’s a growing trend in games where games are interpolating Minecraft components, specifically its construction and creativity characteristics, and incorporating them into new genres. Block Fortress is an intriguing hybrid in that it blends Minecraft-style building and graphic stylings. However, it is also a tower/castle defence game, where you build your base with the finest defences possible. Then you switch to a shooting mode to help take out the enemy who are after you. If you want some voxelly Minecraft-style action with diverse objectives, this and the sequel are highly worth checking out. Check out the larger sequel Block Fortress: War as well. Another fantastic 2D crafting game, this one is far more similar to Minecraft than Terraria, thanks to its voxel graphics and more typical survival-crafting, open-world focus. The difference between it and Terraria is that you may play it online with other people. You can open your own shops in your world, and you can build some beautiful structures with things like glass. The game also has a more management-style gameplay, as you may give different commands to different characters to help build out and extend your planet. If you’re looking for an excellent mobile crafting game, this one stands on its own. This game was published around the same time as Minecraft: Pocket Edition, but it is notable for being designed for mobile from the ground up rather than being a mobile adaptation of a PC game. However, it has been especially impressive as a game produced by a tiny team that has seen many of the features of the complete Minecraft game as an indie product.While it lacks multiplayer, the game’s changelog offers a plethora of features.
There’s also cool features like sharing and backing up worlds via file or Dropbox upload. If you’re intrigued about the game, you can check out a free demo.

See also  What Is the “Avast internet security UI failed to load” Error? 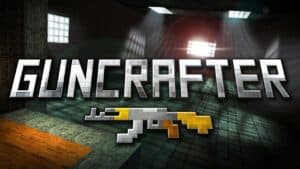 Naquatic knows how to create games with deceptively simple concepts that go much further than you could reasonably think. Take, for example, Guncrafter, which could easily be dismissed as a goofy little game about making firearms. But then you can take it to fun shooting ranges and compete with other people to get the best gun-shooting action with lightning-fast matchmaking. MonsterCrafter 2 by Naquatic is also highly recommended. 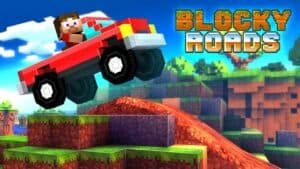 Some games employ the Minecraft-like visual aesthetic because it is a simple and appealing visual shorthand. Roofdog’s 2D racer is undoubtedly guilty of this, but it’s not a bad game. Even seeing it in motion with its bloom effects demonstrates that there is a great product in place here, even if it is just a game that looks like Minecraft.
However, playing it shows a fascinating 2D physics-based racer in which you traverse bumpy circuits while attempting to stay upright and on the road. It also doesn’t compromise on innovation, since you can build and customise your own car. It has a lot for Minecraft lovers to enjoy in terms of both familiarity and novelty. 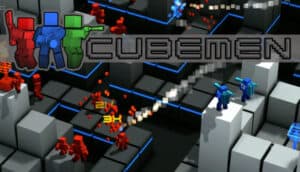 If Block Fortress appeals to you and you appreciate Minecraft’s blocky voxel design, but you prefer a tower defence game, Cubemen may be more your speed. This genuinely blends tower defence and offensive strategy, as you must not only utilise units to defend your base, but also use your resources to attack your opponents. The stages are enjoyable to play because they involve height in a way that few other tower defence games do. There’s a lot to do here with entertaining multiplayer action, and it’s a terrific game if you want to branch far away from what Minecraft originally about while still preserving the visual style you adore. You sometimes wish to build things with your buddies and go on adventures with them. But every now and then, you just want to rule over them as the king of the deathmatch. That’s what Pixel Gun 3D offers, as you and an arena full of opponents sprint around complicated Minecraft-style arenas, blasting each other with a range of weaponry. Not only can you participate in 8-player deathmatches, but you can also play 4-player survival co-op with your friends. This is probably the most popular Minecraft-inspired shooter, and for good reason: it’s a lot of fun. 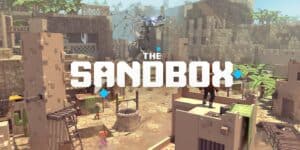 This is an intriguing 2D Minecraft-inspired game that emphasises on imagination, as you build amazing settings using various types of sand and diverse materials. But it’s the limited canvas sizes that help to distinguish The Sandbox: instead of an enormous environment, you have pretty much only one screen to work with to create your own amazing ideas. It’s a game that has grown from its initial restricted utility to a lot more complex game with over 200 elements and regular upgrades. If you like Minecraft but want to show your creativity in different ways, this is the game for you.