We’ve strayed away from the age when custom ROMs peaked for Android smartphones. Is it still a good idea to install a custom ROM on your Android phone? If you aren’t bothered by apps that can tell you have root access or an unlocked bootloader, check out this list of the best ROM for android 2022.

Android’s popularity can be attributed to the fact that the Android OS is open source, allowing the OS’s devoted fan base to create new forks constantly. Check out our tutorial on flashing a custom ROM, unlocking the bootloader, and installing a custom recovery.

What Is A Custom ROM?

You can only understand a modified ROM in the context of a ROM, which can be understood only if one is familiar with the concept of ROM. Although “Read-Only Memory” (ROM) is what the abbreviation stands for, this is not quite accurate in the context of Android. The firmware of an Android device, known as ROM, is not “Read Only.”

The same applies to Android smartphones; programmers can alter the original firmware, add their apps, and use the resulting software on their devices. The term “custom ROM” refers to firmware that has been altered from the official Android installation.

There are a ton of open-source best ROM for Android, but these are the ones I think are most interesting. Thirteen different Android OSes are listed below. Some of the ROMs on this list is packed to the gills with extras, while others are bare bones in comparison. Hence, pick your poison.

Simply said, LineagOS is on every custom ROM list you can find online. The more up-to-date LineageOS have superseded the CyanogenMod operating system. In the wake of CyanogenMod’s demise in 2016, LineageOS has been a frontrunner in the Android ecosystem. The sheer number of users and downloads for this Android custom ROM has solidified its reputation throughout the years.

Most community-built modified operating systems, or ROMs, are based on LineageOS (Example: Resurrection Remix). The interface is very similar to Google’s Stock Android, and it is very stable.

It lacks extensive customization options, which is hardly a deal breaker for Android users. It’s still one of the best ROM for android in 2022, though, and it plays a major role in the industry overall. 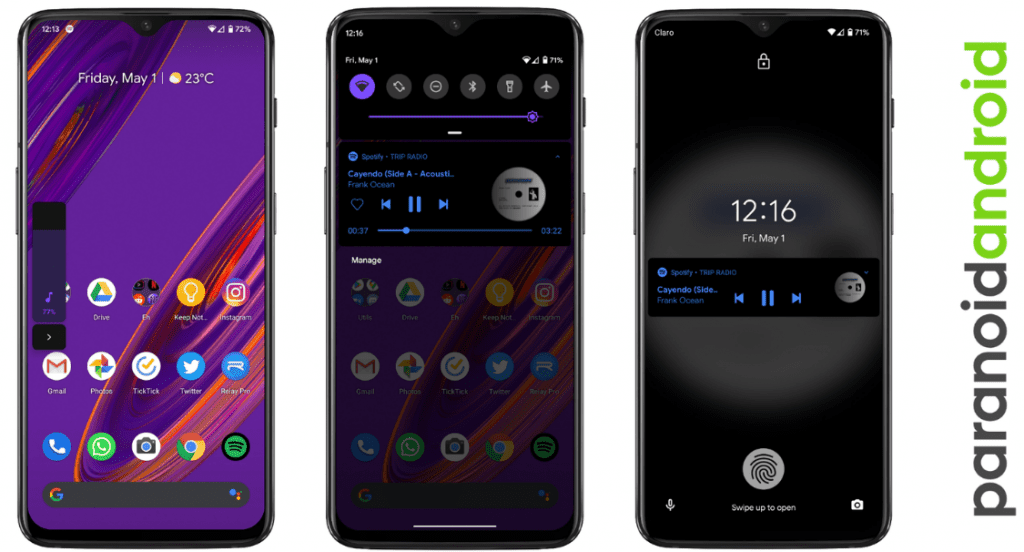 Regarding Custom Firmware, everyone agrees that Paranoid Android ROM is the best ROM for android. Even though it was one of the first ROMs to be made public, AOSPA has seen significant development. Because it is one of the few ROMs to be based on CAF, PA packs a significant punch regarding reliability, safety, and performance.

Additionally, Ambient Display appeared in PA Custom ROM under Peek before it was ported to an APK. As a testament to the quality of this endeavor, even giants in the technology industry have looked to it for inspiration. 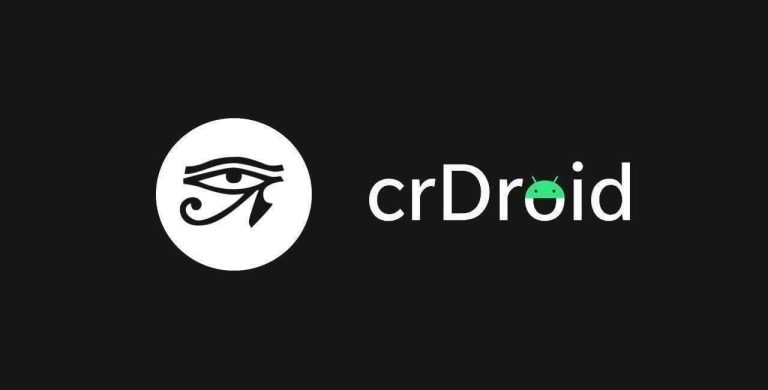 There aren’t many reliable custom ROMs for Android devices, but crDroid is one of them. LineageOS serves as its foundation. When the ROM is updated, new features are added, and critical upgrades like security patches are released quickly.

Over 63 devices from 12 manufacturers are supported by the most recent crDroid release (7). Many members of the crDroid community prefer Xiaomi/Redmi and OnePlus smartphones. I liked the stability and customization options crDroid offered on my original OnePlus 3T, where I last used it.

Havoc OS has gained considerable traction after the launch of Android Oreo. Aside from its great overall performance, this custom ROM is often singled out for the impressive length of time it can stay powered on. When it comes to personalization, Havoc OS does not fall short. Havoc OS is a no-compROMise ROM that excels in practical applications since it does not require the user to choose between features.

At first, the Havoc group prioritized providing a seamless, personalized, and enjoyable user experience. Those days are long gone, though, because the Havoc OS project has introduced new features attracting other Custom ROM developers. 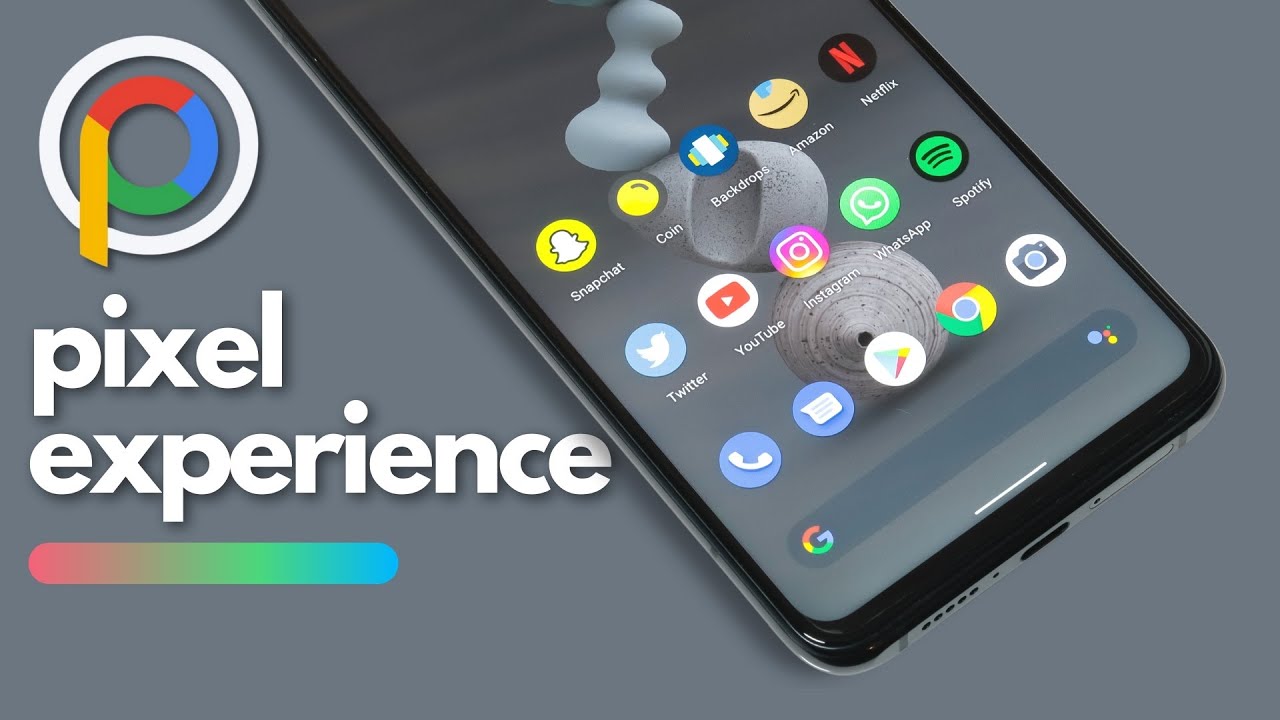 Regarding ROMs, the Pixel Experience is among the easiest to use and cleanest to look at. Because it’s based on Google’s stock ROM for Pixel devices, it already includes all the features that make Pixels great. This fantastic ROM, in contrast to the others on the list and, as the name suggests, was developed to provide a stable and safe experience similar to that of Google’s Pixel phones.

Even though you’ll find some of the more common customization choices in the Pixel Experience ROM, it’s not meant to give you complete control over your phone. It’s important to note that the ROM is also CAF-based. In the first place, a CAF-based ROM is an AOSP-based ROM that Qualcomm uses to test their specific chipsets. CAF ROMs are developed to be extremely reliable. 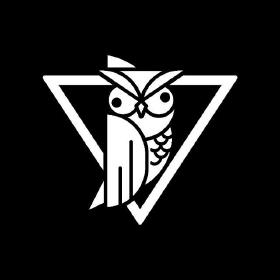 One of my favorite custom ROMs is AOSiP (Android Open-Source Illusion Project), which offers a Pixel-like experience and many additional features. Built on top of AOSP and using Pixel Experience as its base, it provides a wealth of features while remaining very easy to use.

Derpfest is an unofficial community ROM built on the AOSiP basis. There is not much of a distinction between the two, barring a few extra features only available in one. With AOSIP, you may quickly and easily access monthly security updates and new version updates. 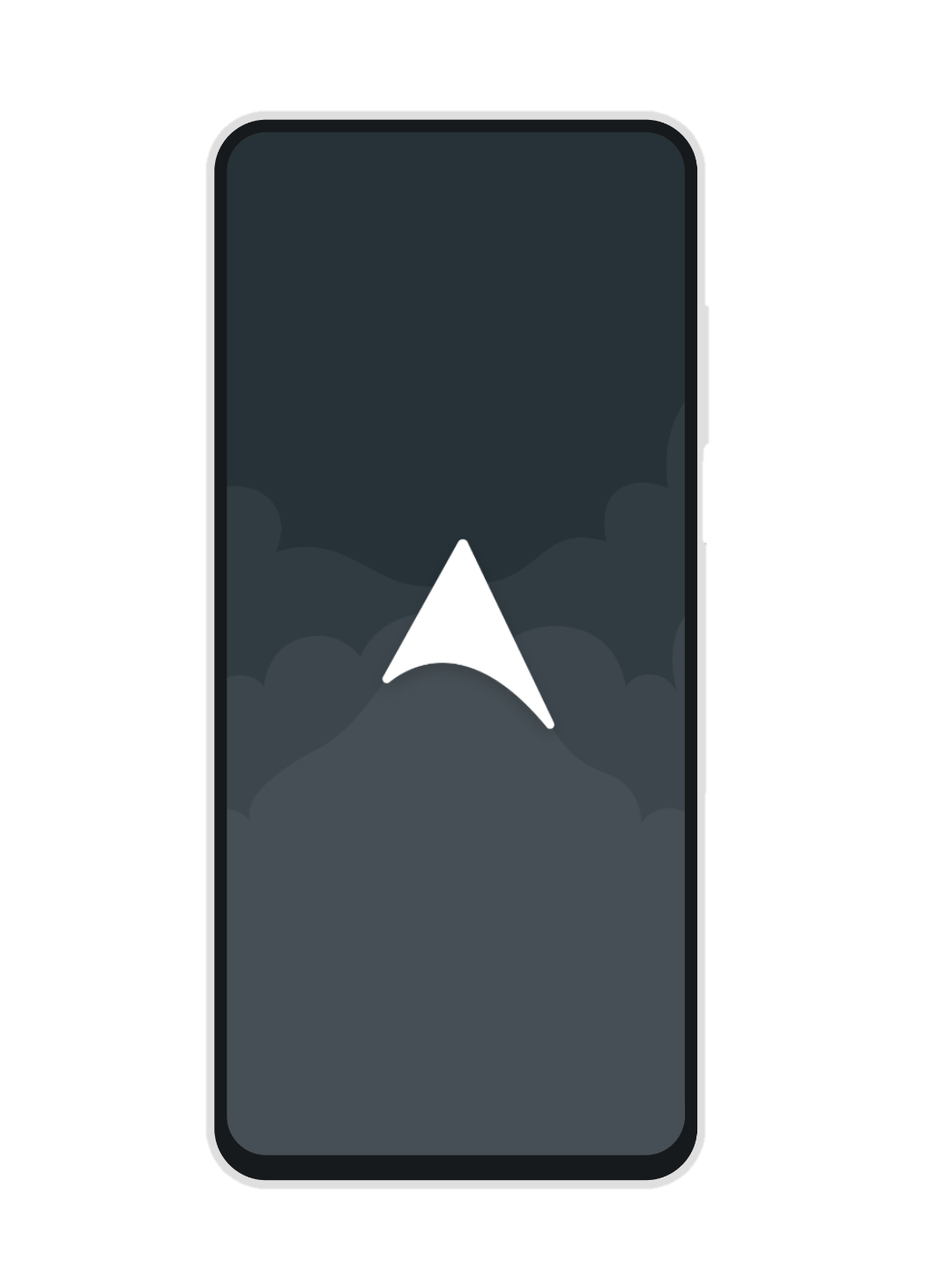 There are fewer choices for personalization in Arrow OS compared to the other Custom ROMs. Therefore, this AOSP-based ROM places a premium on reliability and battery life while still delivering a fluid user experience. However, a lack of something does not automatically make it inferior. This ROM was made for those prioritizing consistent performance and long battery life over various personalization options.

This ROM also has regular updates to its OS and security features. Likewise, the variety of supported gadgets is rather large.

See also  Why does my computer turn off without warning?

It achieves a good compromise between providing Pixel-exclusive features and more customization options than the stock Pixel Experience ROM without providing as many options as other possibilities on our list, such as MSM-Xtended. Those that make Custom ROMs can’t possibly make a mistake with snappy titles, right? Many users, it seems, would agree that this is true, at least for POSP. This stunning Custom ROM does a fantastic job of achieving its intended result: it creates a visually appealing and upbeat website.

This widely-used alternative operating system (ROM) lets you adjust settings to your satisfaction. To top it all off, you can now use a wide range of devices with the POSP Custom ROM. The developers have published version 4, a custom ROM with many new features. No matter your opinion, these potatoes are fantastic.

Like Pixel Experience, EvolutionX is a custom ROM built on the Android Open Source Project (AOSP). It is one of the Android community’s most configurable custom ROMs.

As soon as Android 11 was made available, developers produced EvolutionX ROM, based on Android 11. Users who do not routinely switch custom ROMs prefer the custom ROM because of its performance and stability. EvolutionX performs superbly in both CPU-intensive and GPU-intensive scenarios.

The standard Android experience strikes the sweet spot between performance and simplicity, albeit having fewer customization possibilities than other custom ROMs like HavocOS.

The Corvus custom ROM is yet another Android Open Source Project (AOSP)-based ROM that takes inspiration from the original Dirty Unicorns ROM. It’s perfect for personalization obsessives because of all the options at your disposal. At the time of writing, over 42 devices are officially supported. It’s been downloaded over 300,000 times as a ROM.

Furthermore, it is one of the most effective ROMs out there. So, without further ado, flash CorvusOS if you’re looking for a gaming-focused Custom ROM.

As with other custom ROMs built on AOSP and CAF, Syberia ROM is known for its reliability, flexibility, and regular upgrades. Using Android 10.0 for a week on my OnePlus 6 has been a great experience.

Furthermore, the ROM’s reliability impressed me even more than the Pixel experience and customization options. The Syberia OS community has a soft spot for Xiaomi phones, so there’s a good chance yours is already supported or will be soon. 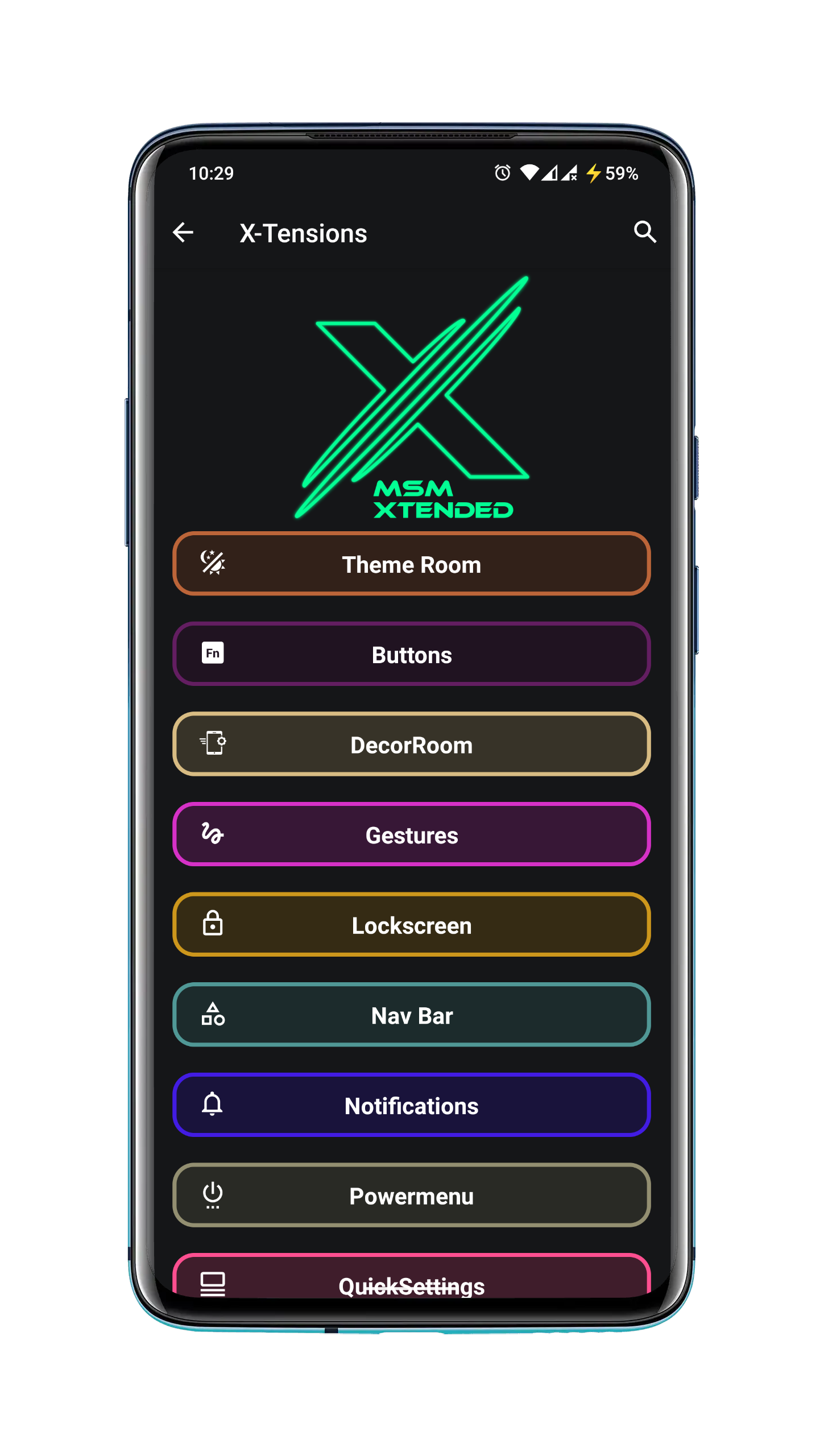 Looking for a custom ROM that gives you complete control over your Android experience? Here’s MSM-Xtended, a custom ROM built on the open-source Android Open Source Project (AOSP) that offers unprecedented levels of customization.

Having used it on my older Xiaomi Mi A1, I must say that I find the number of available customizations to be overkill. But I know there are a lot of people who feel this way. Beyond that, though, it was reliable and regularly updated. That’s why it’s one of the best ROM for android for making changes.

It’s important to keep in mind that this list is highly subjective before you start complaining because we didn’t include your favorite custom ROM. These modified ROMs are just the tip of the proverbial iceberg; everyone has different tastes. In any case, if you’re looking for guidance, you do have a few options to consider.

What follows the installation of a particular Custom ROM depends on your goals. If you value reliability over personalization, you may want to consider Pixel Experience or LineageOS. Havoc OS, MSM-Xtended, Derpfest, and Corvus OS is recommended if personalization is the primary motivation for installing a custom ROM.

Last but not least, it is highly recommended that you frequent the XDA Forums to stay abreast of developments and user feedback. There’s no denying the importance of ROM maintainers and developers for your specific devices. Soak up the rays. Cheers!

What is the difference between Stock ROM and Custom ROM?

Because Android is open source, communities can create their operating systems, known as “custom ROMs.” A smartphone’s “Stock ROM” is the original operating system installed by the manufacturer.

They work on Android and use Android themselves, making up a unique breed of developer. Because of this, it contains all the characteristics that a typical user would want.

How do I choose a Custom ROM for Android?

What follows the installation of a particular Custom ROM depends on your goals. If you value reliability over personalization, you may want to consider Pixel Experience or LineageOS. Havoc OS, MSM-Xtended, Arrow, or Corvus OS is recommended if personalization is the primary reason for installing a custom ROM.

How to install a Custom ROM?

The whole thing is rather large and would require another essay to describe adequately. Furthermore, you can install custom ROMs on a wide range of devices through several different channels. XDA-Forums are where you want to go to find help with your device. You may end up with a dead or bricked device if you don’t complete the process exactly as instructed.

What effect does installing a different OS have on the device’s battery life?

It all depends on how well your device is maintained.

For one thing, your phone’s performance will increase due to the absence of bloatware.