Unless you’re an advanced user, it’s likely that you get programs for your phone via the Google Play Store. Sometimes, though, you may not be able to find an app in the Play Store due to regional restrictions or because it does not comply with Google’s policies. Android’s open-source nature saves the day in this situation. Google Play Store alternative stores are just like the Google Play Store in that you may install and download apps from them.

Why Should You Look for Google Play Store Alternative Stores?

Google Play Store is the app distribution platform that Android users are most likely to adopt. You can usually find any program you’re looking for in the Google Play Store, but there are times when you’ll need to look elsewhere.

On the other hand, Google Play Services and Framework are taking up more and more room, so if your smartphone has a small storage capacity, you may soon be out of the room. The apps on this list are more lightweight than those in the Google Play Store, more secure, and less likely to breach your privacy.

The following is a list of resources, not an order of preference; choose the app or website that best meets your needs based on the information you gather.

There are no paid programs to be found on APKMirror, despite the site’s misleading moniker, which suggests otherwise. The APKMirror Android app is currently unavailable. As a result, users will have to go to the website to get the APKs.

Safe, malware-free program downloads are available from this Google Play alternative. Applications are displayed in reverse chronological order alongside charts showing how popular they have been over the past month, week, and day. A search bar has been included for those who would rather skip the extra steps and get right to the meat of the matter.

Although APKMirror’s interface is great on a computer, it may be unpleasant to mobile device users. It’s difficult to track down the button to start downloading an APK file. Besides that, this Android app store is a must-have.

Aurora Shop is a free and comprehensive marketplace for Android apps. They first introduced the dark theme in the app’s user interface, which contrasted with various color schemes and highlighting techniques. It’s not too difficult to figure out how to utilize the app. To my surprise, the application collection is unlike the bloatware offerings in competing app stores.

There are three tabs labeled “For you,” “Top Charts,” and “Categories” on the app’s home screen. The store will even help you upgrade your software. Compared to the Google Play Store, it is a strong contender for “best play store alternative.”

The Aurora App Store is downloadable via the Aurora website, F-Droid, and Gitlab. 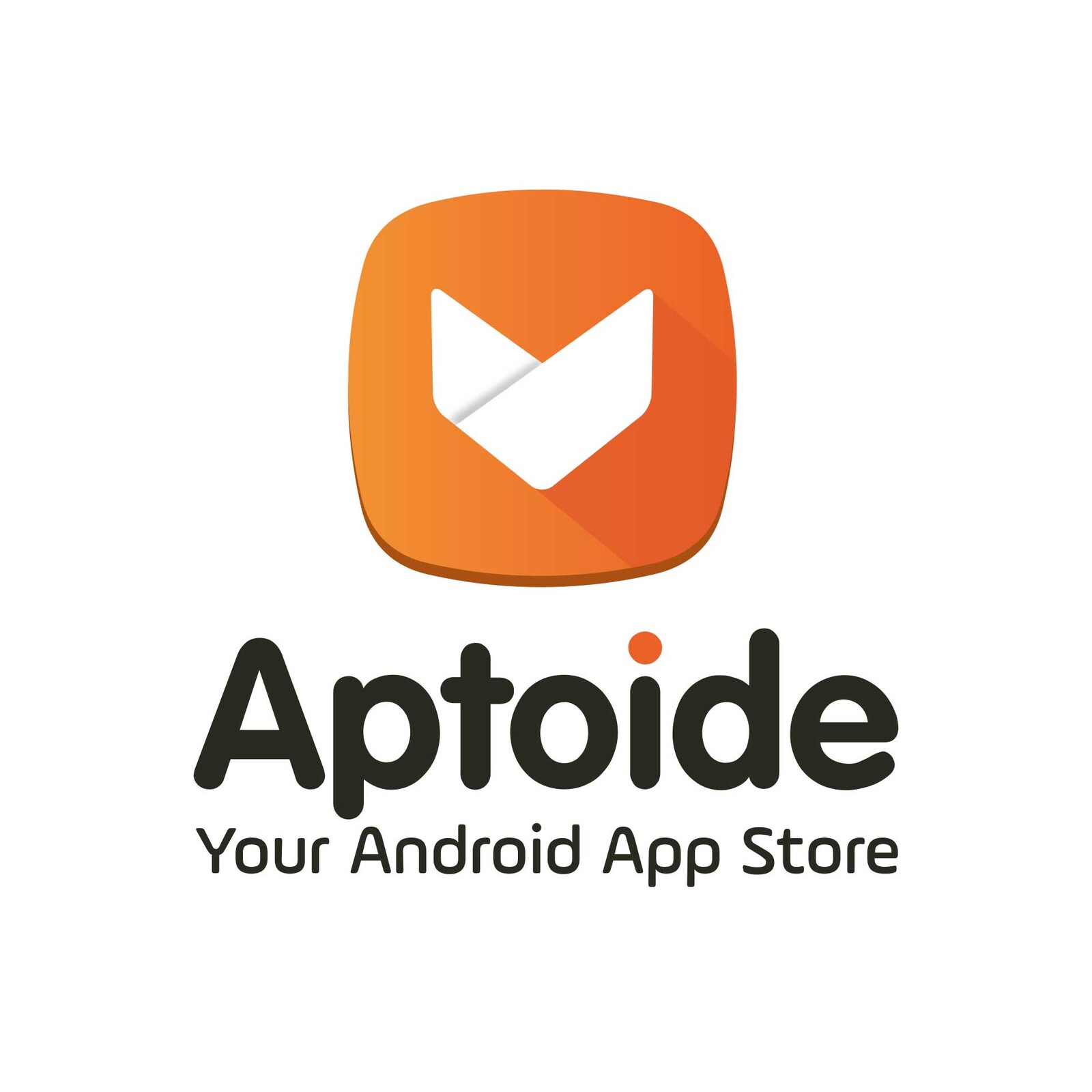 Aptoid follows Google’s design standards, and its UI is nearly as polished as the Play Store’s.

Aptoide is a free and open Android app store with over 700,000 apps available for download. There have been more than three billion downloads from its library. More than 150 million individuals worldwide have used it since it was first released in 2009.

The Aptoid app currently has the following versions available:

It facilitates the acquisition and installation of APKs locally on the device. It’s a simple and trustworthy Google Play Store alternative. 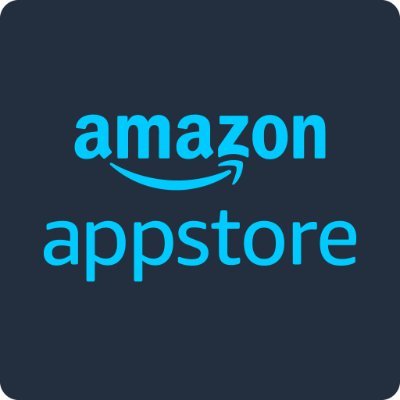 When finding free versions of paid programs, one of the best alternatives to Google’s Play Store is Amazon Underground, also known as the Amazon Appstore for Android. Approximately 334,000 free and paid application variants are available from the app store. Indeed, it is the default marketplace for Amazon’s Fire line of Android tablets and smartphones.

Amazon’s “free app of the day” is the store’s most exciting offering. One paid app every day is given away at no cost. Those who regularly check back will be rewarded with free versions of many widely used programs.

The store has a wider variety of media than the Google Play Store and often sells items at lower prices. Because such a well-known company backs it, the Amazon AppStore provides Android customers looking for free software shops with a positive experience.

The F-droid app store is one example of a similar service focusing solely on Android software developed under the FOSS license. The App Store provides a wide variety of free apps that are easy to browse and find.

F-Droid is well-liked among Android programmers because it facilitates easy access to the source codes of all applications. Parts of the codes can be cribbed for use in developing new software.

Apps on the store generally aren’t as reliable as those found on Google Play, and they don’t have ratings or user reviews. This site is a must-see for any programmer. 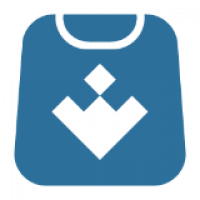 One of the most popular options for the Google Play Store is Uptodown, launched in 2002 by Lus Hernández and José Domnguez. The goal was to create a system allowing programmers to confidently share their work across platforms, including Android, Windows, and Mac.

Many widely used programs, such as Signal, WhatsApp, Firefox, etc., are hosted on this page. In addition, you can sort apps into categories or search for your favorites.

More than 130 million people use the app, which is localized into 15 tongues. You can update your software using either the desktop website or the free mobile app, Uptodown.

A dependable and user-friendly program that has been around for a while is SlideMe. SlideMe Market comes installed on many Android Open Source Project (AOSP) OEM devices. The store provides both free and paid applications across multiple categories, and the company reviews each one to ensure it meets the store’s high standards.

SlideMe is a global, low-fee marketplace that makes it easy for programmers to sell and buy their creations. APKPure is your best bet for finding third-party software that you can’t find in the Google Play Store. Even if a certain program is banned in your nation, you may still be able to find it on APKPure and install it on your device.

The app has an easy-to-navigate layout, the most downloaded apps, and a wider variety of categories than the Google Play Store. The APKPure Android app, which allows you to update your apps, is also available for download.

alternatives to the Google Play store An Outer Space Shop

Galaxy Store features all of Samsung’s programs and a wide selection of other popular Android applications. However, the app store only works with Samsung hardware, such as smartphones and smartwatches. Fans of Samsung will find that this app store is a great replacement.

They built the program to function without the constantly evolving Google Services Framework, which led to a small, secure download from the Google Play Store.

You can get the Yalp Store from the GitHub releases page or the F-Droid app market.

Millions of Android users, including ourselves, rely on third-party app stores; therefore, we think you should check out APKMirror, Aurora Store, APKPure, and F-Droid. Some of them are open-source as well as completely free.

Our 2022 forecast of the top free Android app shops is complete. The question, “What are some good Google Play Store alternative stores?” has now been resolved.

On the other hand, “third-party” app installation is disabled on Android by default. For this reason, go to the Settings menu and toggle on “Allow installation of software from untrusted sources.” You can find your device’s build number by going to Settings > About Device > Build Number > Build Number seven times. You need to activate Unknown Sources from the Developer Options tab.

Are there any other viable options for the Google Play Store that you think should be mentioned here? And if you’re interested in Tumblr alternatives, this post has you covered. If you have any comments, please leave them below.

Aptoide is a legitimate and free alternative to the Google Play Store. Like all other Android market alternatives, they made it to challenge Google’s dominance in the mobile app market.

Is it secure to use APKPure?

The use of APKPure to obtain applications is safe. The MD5 hashes of most apps in the Play Store match those of the official app listings, proving that the APKs have not been tampered with.